Owen John Apostasy from the Gospel

That the state of religion is at this day deplorable in most parts of the Christian world is acknowledged by all who concern themselves in any thing that is so called; yea, the enormities of some are come to that excess that others publicly complain of them, who, without the countenance of their more bold provocations, would themselves be judged no small part or cause of the evils to be complained of. However, this, on all hands, will, as I suppose, be agreed unto, that among the generality of professed Christians, the glory and power of Christianity are faded and almost utterly lost, though the reasons and causes thereof are not agreed upon; for however some few may please themselves in supposing nothing to be wanting unto a good state of things in religion, but only security in what they are and enjoy, yet the whole world is so evidently filled with the dreadful effects of the lusts of men, and sad tokens of divine displeasure, that all things from above and here below proclaim the degeneracy of our religion, in its profession, from its pristine beauty and glory. Religion is the same that ever it was, only it suffers by them that make profession of it. Whatever disadvantage it falls under in the world, they must at length answer for in whose misbelief and practice it is corrupted. And no man can express a greater enmity unto or malice against the gospel, than he that should assert or maintain that the faith, profession, lives, ways, and walkings of the generality of Christians are a just representation of its truth and holiness. The description which the apostle gives of men in their principles, dispositions, and actings, before there hath been any effectual influence on their minds and lives from the light, power, and grace of the gospel, is much more applicable unto them than any thing that is spoken of the disciples of Christ in the whole book of God: “Foolish are they, and disobedient, deceived, serving divers lusts and pleasures, living in malice and envy, hateful, and hating one another.” The way, paths, and footsteps of gospel faith, love, meekness, temperance, self-denial, benignity, humility, zeal, and contempt of the world, in the honors, profits, and pleasures of it, with readiness for the cross, are all [so] overgrown, and almost worn out amongst men, that they can hardly be discerned where they have been. But in their stead the “works of the flesh” have made a broad and open road, that the multitude travel in, which, though it may be right for a season in their own eyes, yet is the way to hell, and goeth down to the chambers of death; for these “works of the flesh are manifest” in the world, not only in their nature, what they are, but in their open perpetration and dismal effects: such are “adultery, fornication, uncleanness, lasciviousness, idolatry, witchcraft, hatred, variance, emulations, wrath, strife, seditions, heresies, envyings, murders, drunkenness, revelings, and such like,” as they are reckoned up by the apostle. How these things have spread themselves over the face of the Christian world, among all sorts of persons, is manifest beyond all contradiction or pretense to the contrary. And that so it should come to pass in the latter times is both expressly and frequently foretold in the Scripture, as in the ensuing discourse will be more fully declared. 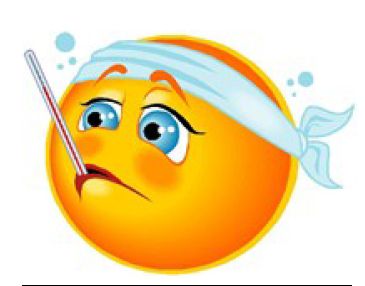